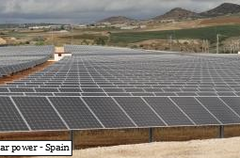 Renewable energy is defined as energy derived from renewable resources. The latter include natural resources obtained through Solar activity; due to the geological structure of the Earth; changes in the atmosphere; the state of the hydrosphere and biosphere of the Earth. Modern engineering developments make it possible to efficiently convert sunlight, the kinetic energy of the wind, potential energy of rivers and reservoirs, energy of tides, ebb, flow and waves, thermal energy of underground layers of the earth, the chemical energy of plants, and the waste products of people and animals into convenient forms of energy. Clearly, the energy of thermonuclear fusion and conditional energy that can be obtained from household or industrial waste should be attributed to renewable energy.

The extraction of energy from renewable resources is currently one of the most popular and discussed topics among economists, politicians, the engineering community or environmentalists. Interest in this topic began to noticeably manifest itself since the 80s of the last century, but over the past 30 years it has grown so much that it has begun to largely determine public opinion, influence state budgets and legislative initiatives. At the initial stage this was facilitated by the extreme instability of the oil market and the uneven distribution of fossil resources between countries, which led to serious cataclysms in the world. Later, this process was also influenced by other negative aspects of energy supply from coal, oil and gas. First of all, in a number of regions the limited available reserves of this raw material and the need for its diversity have become increasingly apparent. With the growth of cities the problem of air pollution by harmful components of exhaust gases has become more acute. Finally, the steady annual growth of greenhouse gases in the atmosphere, which at first seemed harmless and did not affect everyday life, but then confirmed by the unprecedented melting of glaciers in the northern and southern latitudes of the Earth, became the main impetus that removed many barriers to the development of renewable energy. Of course, in these conditions oil and gas companies rushed to implement a considerable number of innovations and organizational measures, significantly reducing the severity of the problem. Many new deposits were discovered in different countries of the world, due to which the map of the distribution of fossil resources has become significantly wider. New technologies for the extraction, transportation and processing of raw materials have appeared. Transport fuel has become much cleaner, the volume of utilization of associated petroleum gas has increased, systems for capturing carbon dioxide have appeared, etc. Despite this, renewable energy in its new forms managed to achieve the main thing – a competitive price level for a number of products, for example, in terms of the cost of electricity of onshore wind farms or solar photovoltaic installations, the cost of biogas and biofuel. Much of this success has been attributed to intensive research and development, as well as legislative support in some countries. However, today, given the unprecedented threat of the Covid 19 pandemic, when the volume of energy consumption decreases, a new unpredictable situation of competitive confrontation arises between renewable energy and conventional, fossil fuel-based energy. Clearly, this is a relatively short-term period, but it can significantly affect the development of the energy sector in general in the medium term, both in a positive and negative way. On the one hand, in the absence of adequate market support the volume of exploration work in the fossil fuel industry can significantly decrease, as well as the number of new technological studies required in renewable energy and the level of legislative assistance. On the other hand, after the end of the pandemic the demand for primary energy can instantly recover; however, will the energy industry, which had been depleted by that time, satisfy it, at the expense of what technologies and resources, and to what extent? Of course, only time will tell exactly how this situation will develop, but there is no doubt that significant changes will take place on the energy market.

Renewable resources can be roughly divided into two large groups – historical or conventional and modern. The first group includes biomass used for combustion. To a certain extent, this should also include hydropower and solar thermal energy, which was used by humanity long before the threats of global warming. However, the generation of electrical energy from wind, solar, oceanic resources, as well as the production of new types of gaseous, solid or liquid biofuels, are relatively modern methods of energy conversion which have been intensively developed, mainly in recent decades.

As of 2019, the share of renewable energy in primary energy consumption exceeded 9%; in the production of electricity it reached 26% [1]. It is more difficult to account for the share of renewable energy in heat consumption, since a large amount of biomass is burned in households and at small enterprises. According to REN21 with reference to the IEA, the share of renewable resources in final energy consumption in the world is about 18%, of which a little more than 5% is accounted for by modern methods of bioenergy, especially in industry [2]. Hydropower prevailed among the main types of renewable energy in electricity generation in 2019; however, the rapid development of wind energy and photovoltaics led to the fact that in total the installed capacities of these technologies exceeded the capacities of hydropower (Fig. 1), and this trend continues. The main source of meeting the demand for thermal energy is biomass, the share of which significantly prevails in comparison with the production of heat from other types of renewable resources - solar and geothermal (Fig. 2).

Fig. 1-2. Share ratio of the main types of renewable energy in the production of electricity (left) and heat (right) in 2019, %

The most dynamic development of renewable energy has taken place in the electricity generation sector. According to [1], between 2009 and 2018, the total generation of electricity from all types of sources increased by 31.5%. At the same time, according to calculations in [3], for the same period of time, the total production of electricity from renewable sources increased by almost 57% and reached 6 586 TWh. The most significant contribution to this trend was made by solar energy, with a prodigious increase of more than 16 times and wind energy, the volume of generation of which increased 3.7 times (Fig. 3).

Figure 3. Change in the growth rate of electricity generation from renewable resources by various technologies over the past 10 years, %

Despite significant advances, renewable energy has its own serious problems. Firstly, the rapid development of some technologies seriously outstrips the others. For example, in Europe, according to Eurostat [4], the share of renewable energy in electricity generation exceeded 32% (Fig. 4), but for heating and cooling needs this figure is much lower, and for transport it does not exceed 10%. Secondly, the level of capital costs and levelized cost of some technologies, in particular offshore energy, remain very high. Thirdly, for the most rapidly developing technologies - solar photovoltaics and wind power, which are inevitably dependent on changes in natural conditions, the availability of appropriate resources, it is necessary to create suitable energy storage systems in the absence of which the further development of these technologies looks unobvious. Considering the scale of electricity generation from wind and solar resources, only modern pumped storage systems can provide the corresponding volumes of energy storage, which in turn are expensive, dependent on the geographic features of the area, and require considerable organizational efforts.

Figure 4. Share of energy from renewable sources in 2018 for EU-28, in percentage

Other solutions to this problem include thermal solar stations with energy storage systems in the form of various salts heated to high temperatures and lithium-ion batteries. Certain hopes are also pinned on hydrogen technologies.
Many scientific papers consider various scenarios for the development of renewable energy up to 2050. The most optimistic of them envisage a significant increase in production of different products from renewable resources. For example, in [5], by 2050 the production of electricity from wind resources is predicted to reach 36% of the total generation volume of 41,508 TWh. About 25% of electricity generation will be provided by solar stations, and 40% of this volume will be provided by CSP stations [6]. The total capacity of geothermal plants may increase to 140 GW by 2050, and half of them will consist of enhanced geothermal systems. This will generate another 1000 TWh of electricity.
Thus, renewable energy today is already a powerful and modern area of the energy industry, while in the future it will play the main role in the energy supply of mankind. However, the realization of these forecasts will require a solidary effective implementation of the existing scientific and technological potential and large-scale organizational measures in all countries of the world.