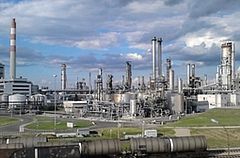 For at least the last two centuries, fossil fuels have been the main source of energy for humanity. Coal, which was initially widely used in metallurgy, a little later became the main fuel for steam engines and the energy base of the industrial revolution. In the second half of the 19th century, large-scale oil production began, essentially marking a new stage in the development of many industries and interstate relations, especially after the emergence of the automobile industry and aviation. In the middle of the last century the active use of natural gas for energy needs began, as well as the development of the nuclear industry.

The uniqueness of raw materials in the form of fossil fuels, in addition to having the physical and chemical properties optimal for the energy sector, lies in the presence of another tremendous advantage – the possibility of its long-term storage. Located in the bowels of the earth and once extracted from it, oil, gas or coal, can be delivered at the right time to the consumer and used by him for his intended purpose, including the production of electricity. Moreover, despite the multiple cycles of energy conversion from one type to another, such a process is economically profitable and efficient.

Today, despite the intensive promotion of renewable energy sources, fossil fuel remains the main raw material that meets the growing energy needs of mankind, and the scale of its use in the energy sector is many times greater than other energy resources. According to [1], over the past 10 years between 2008 and 2018, global primary energy consumption increased by more than two billion tons of oil equivalent, or by more than 18%. At the same time, fossil fuels accounted for almost 90% of primary consumption resources in 2018 (Fig. 1). During this time, there was a marked decrease in crude oil consumption – by about 5%; however, the consumption of natural gas and even coal increased, despite the intensification of measures to combat climate warming. In 2018 alone, the growth of primary energy consumption in the world amounted to 2.9%, the growth of coal consumption – 1.4%, oil – 1.5%, and natural gas – an incredible 5.3% growth, which has not been seen in the last 35 years [1]. The situation in certain regions looks even more revealing. For example, in Central Asia (Middle East) primary consumption consists of almost 100% of fossil fuels, in the Asia-Pacific region, the largest in terms of population, almost 50% of primary resources are coal [1].

In the structure of final energy consumption, oil products lead by a significant margin, with the total final consumption of oil, gas and coal exceeding 65%, without taking into account their considerable share in the production of electric and thermal energy, which in turn is about 75% [2]. In addition, a rather sizeable increase in electricity production from renewable energy sources (excluding hydropower) for the period between 2007 and 2017 did not exceed the growth in electricity production due to the use of coal, although in the last years of this ten-year period this trend was finally reversed [1] . The structure of electric energy generation by type of fuel in 2018 is presented in Figure 2.

Currently, in several countries the share of energy from renewable sources has reached 40% or more, for example, in Norway, Sweden, and Finland [3]; however, if we evaluate Gross inland energy consumption, the situation does not look so convincing. So in one of the most developed regions of the world – the zone of 28 EU countries – gross domestic energy consumption from renewable sources in 2017 amounted to only 13.9%, of which 8.6% was accounted for by biofuels and renewable waste, which includes, in addition to solid biofuel, liquid biofuel, biogas, and wood. Another 1.5% was provided by traditional hydropower, and the share of more advanced and promising technologies – solar and wind energy – accounted for less than 3% [3]. The highest contribution of wind energy to gross domestic energy consumption in 2017, according to this source, was observed in Denmark (7%), Ireland and Portugal (4.4% each), and solar energy in Malta, Cyprus and Spain (3.8-2.6%). At the same time, in the largest countries of the region, the share of renewable energy in gross domestic energy consumption was 13.3% in Germany, 10.4% in France, and 9.8% in the UK.

Thus, taking into account the above, and realistically assessing the ratio of global energy consumption growth to the share of renewable sources, we can confidently say that for many years to come, fossil fuels will remain the main source of energy. At least two major problems associated with the use of fossil fuels must be distinguished. Firstly, their limited and exhaustive nature, and secondly, the production of greenhouse gases associated with their extraction and burning, contributing to global warming.

Often in various energy forecasts, you can see the Reserves / Production Ratio calculations, which allow you to determine the number of years for which the corresponding country or region can be provided with fossil fuels. However, in such calculations, data are usually differentiated only by type of resources, and much less frequently by their quality, production conditions or location, which is especially important for oil and gas. In the common understanding [4], all fossil fuels are divided into two large groups – Resources, i.e. volumes that have not yet been sufficiently studied, and their production by existing technologies is not economically justified or technically difficult to implement and Reserves, i.e. volumes of fossil fuels, the extraction of which is economically feasible with existing technologies and is often already framed in specific projects. In most cases, resources significantly prevail over reserves. According to [4], the proven oil reserves (reserves) are approximately 2.5 times less than remaining recoverable resources, while if we focus on the data [1] for 2018, then they can be sufficient for the next 50 years, taking into account the existing consumption levels. Accordingly, potentially recoverable oil resources, subject to their transfer to the category of reserves, may be sufficient for another 125 years.That can be qualified as a good resource endowment.

However, when considering the quality and conditions of fossil fuel production, the situation is significantly complicated. Thus, in the structure of proven reserves of conventional oil there is an obvious trend – a decrease in light oil and, conversely, an increase in heavy oil and hard to recover oil reserves. In addition, a large amount of light oil is located in low permeability reservoirs, with a high content of aggressive and harmful substances (for example, mercaptan – thiol, sulphur), at great depths in the seas and in regions with political instability, etc. The same applies to a large extent to natural gas. As for the remaining recoverable resources, the known volumes of unconventional resources are many times higher than conventional ones. Thus, the involvement of unconventional resources in production is an inevitable necessity, without which energy support for the development of many regions of the world will remain in question.

Detailed definitions of unconventional resources are given in [4]. Unconventional oil includes kerogen oil or oil shale, oil sands, light tight oil, located in the reservoirs, limestone and sandstone formations, with low permeability. By analogy with the above options, unconventional oil is also often referred to as extra heavy oil and even heavy oil [5 -7]. As light oil is depleted, ordinary light oil is mixed with rock, sand, clay, associated materials for production, etc., which leads to an increase in its viscosity. In addition, residual oil from a depleted field may occur in hard to reach areas with low permeability. The production technologies of such oil are similar to those of unconventional oil, which essentially equates them in terms of practical production. On this site, the concept of unconventional oil is used precisely in such a unified interpretation.
Non-traditional gas in [4] includes tight gas, shale gas, coalbed methane, and methane hydrates. In addition, in [4] “Lean gas” and “sour gas”, containing a large number of impurities, are classified as unconventional gas. In some publications, unconventional gas also includes associated petroleum gas, i.e. natural gas produced in association with crude oil, as defined in [8].

In accordance with the interpretations in [3] on this website, non-traditional fossil fuels also include liquid derivatives of special processing of coal, gas or biomass (coal-to-liquids, gas-to-liquids, biomass-to-liquids), also including gaseous products - syngas, synthetic gas, dimethyl ether, each of which is also often called synthetic fuel [9].

Progress in the development of technologies for the extraction of hard-to-recover and heavy oil, as well as shale gas, coalbed methane and associated petroleum gas, significantly expanded the available reserves of the oil and gas base, while increasing the cost of their production and processing. However, for a huge number of unconventional types of oil and gas, which constitute a significant share in the total balance of resources, there are currently no adequate economically viable production technologies, for example, for kerogen oil or gas hydrates.

Another aforementioned and very painful issue for fossil fuels is related to its ecological footprint. When fossil fuels are extracted a large amount of free methane is emitted into the atmosphere, for example, during the ventilation of mines, as well as products of its controlled or emergency flaring (gas flare, flare stack). Similarly, in thermal power plants, when fossil fuels are burned, carbon dioxide is released into the atmosphere. And although in this case, as in the burning of biofuels, carbon dioxide, previously utilized by green plants, is returned to the atmosphere, it is this gas that is today considered by many as the main cause of global warming. Numerous oil spills during its extraction or transportation, pollution of soil and underground aquifers, as well as emissions of other harmful substances during the processing of fossil fuels are also of no small importance. Clearly, the further development of technologies for the extraction and processing of fossil fuels is inconceivable without new highly effective engineering solutions in the field of environmental safety, especially those related to the elimination of free methane emissions and the capture and utilization of carbon dioxide. It is also obvious that these are very large-scale tasks requiring the utmost mobilization of scientific and engineering potential and progressive organizational solutions.

Subsequent reviews of specific energy sectors related to this section will primarily analyse existing technologies and trends in the extraction of unconventional types of fossil fuels, as well as methods to improve the environmental safety of measures associated with their use.