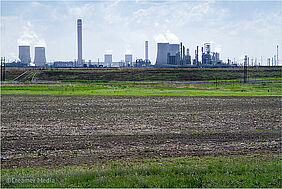 Syngas is one of the key resources for the production of synthetic fuels. Hydrogen, which is a part of syngas is widely used in oil refining and ammonia production. One of the main advantages of syngas is that it can be produced from almost any hydrocarbon or organic material, including natural gas, oil, coal, biomass and even municipal waste. The feedstock is exposed to a high temperature and controlled composition of the gas mixture inside the reactor, which leads to the breakdown of the complex organic molecules into a mixture of elemental hydrogen and carbon monoxide.

With the subsequent application of the Fischer-Tropsch process, high quality synthetic fuels are obtained. Each stage of the production, purification and use of synthesis gas requires careful consideration to issues of efficiency, safety and high cost of the production process, as well as product quality. 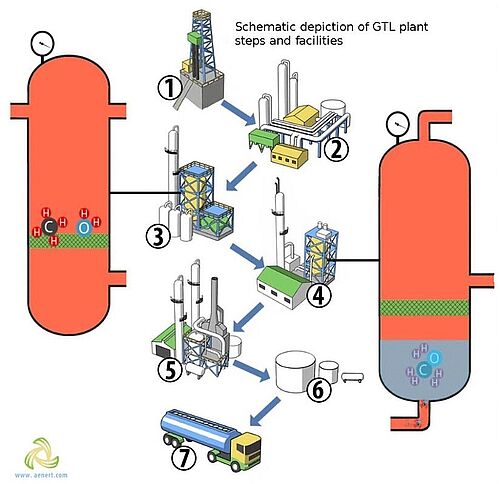 EnerTechUp company performed a systematic search of patent documents on this subject, prepared a unique patent database, and conducted a thorough statistical analysis of the patenting activity results.

The database includes more than 19.5 thousand patent documents published in generally-accessible sources all over the world during 1990 and 2022. General methodology of patent database compilation and statistical evaluation used in this product can be found at aenert.com.

Over the 20-year period (2002-2021), patenting activity in the field of syngas production has grown substantially and continues to remain on a high level. Since 2010, over two hundred patents are granted and several hundred patent applications are filed annually.

The most active registration of patent applications took place in 2014-2018. The most popular patent offices with applicants were USPTO (the United States), CNIPA (China), and EPO. Representatives of 57 countries around the world participated in the patenting process. 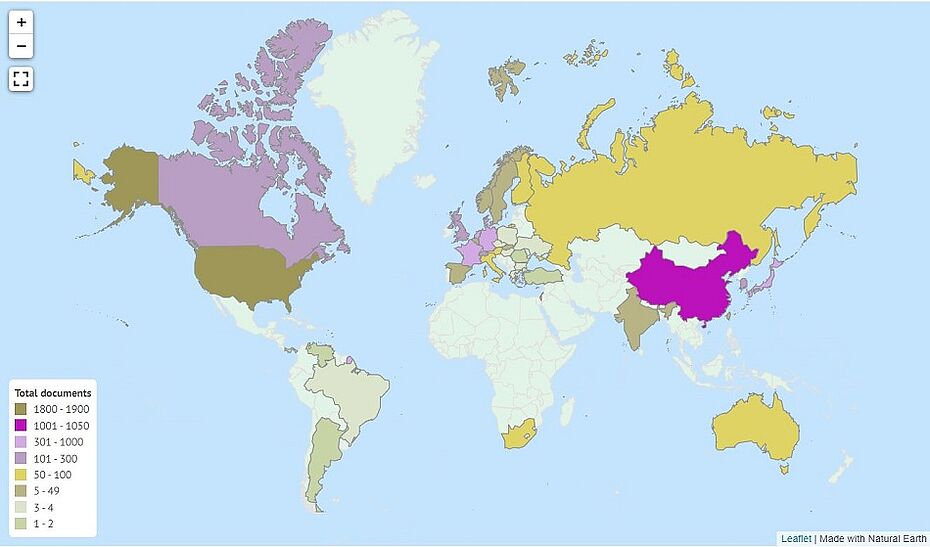 The leaders by the number of patents granted in the 20-year period were companies Shell Internationale Research Maatschappij B.V. (the Netherlands) and Haldor Topsoe A/S (Denmark) – 203 and 185 patents, respectively. L'air Liquide (France) registered the largest number of new patent applications during 2017-2021 – 172.

The database includes a collection of patents and patent applications disclosing various aspects of syngas production.

Depending on the type of feedstock used, the syngas production processes with a subsequent synthesis of liquid fuel were named Gas to liquid (GTL), Coal to liquid (CTL), Biomass to liquid (BTL). Each of these technologies has its own fundamental distinctive features, which often doesn’t allow them to be addressed collectively. Nevertheless, each of them is based on syngas production, which implies the involvement of related processes.

Breakdown of documents by technology categories. Patents, 2002-2021 (left), Applications, 2017-2021 (right), by the number of mentions in patent documents 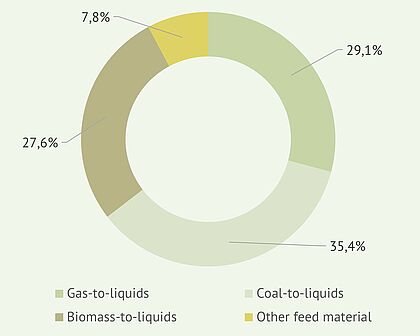 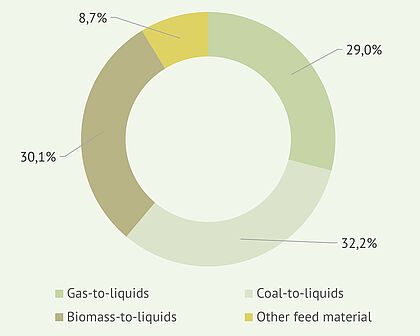 In patents and patent applications, the technological categories Coal-to-liquids were most often mentioned. In the majority of cases the authors indicated Low efficiency of main processes and High OPEX / Maintenance as the problems the technical solutions disclosed in the patents and patent applications were aiming to solve. In the vast majority of cases, the inventions were related to devices or methods.

The production of liquid fuels from natural gas is a long-established industrial process.The largest plants, Pearl GTL and Oryx GTL, with a total capacity of 270,000 bpd, are located in Qatar, which has large natural gas reserves and is the largest producer of liquefied natural gas (LNG).

One scenario of implementing GTL technologies involves the use of specialized microchannel equipment. Microchannel technologies for the production of synthetic fuel are viewed primarily as the most promising options for the useful utilization of associated petroleum gas in oilfields.

Coal-to-liquid technologies enable producing high-quality synthetic fuel from coal, which is the cheapest type of fossil fuel. However, these technologies are characterized by low economic performance and environmental problems.  Underground coal gasification is a kind of CTL technology where major high-temperature processes are performed directly in the coal beds, thus minimizing the costs related to expensive equipment and alleviating ecological impact.

The use of environmentally-friendly types of energy has led to an increased interest of modern society in various methods of renewable energy production, such as biomass gasification. A great variety of different biomass and waste-derived feedstocks are suitable for this process, including wood chips, waste wood, agricultural wastes, switch grass, and crop-related residues. This, however, can also cause problems because various feedstock needs various gasifier types and plant sizes. Different feedstock can also have different heating values and moisture content. During gasification, tar formation is one of the biggest issues which cause, for example, equipment blocking, poor quality gas output and increased maintenance. Environmental issues surrounding biomass gasification include the emission of toxic gases, such as CO, Six, NOx.

Breakdown of documents by technology elements. Applications, 2017-2021 (by the number of mentions in patent documents)

In total, 2921 individual IPC subgroups were assigned 65049 times in the patents of the patent database under consideration. Among IPC subgroups the most popular were C01B3/38 (Synthesis gas from hydrocarbons, using catalysts), C10J3/46 (Gasification of granular or pulverulent fuels in suspension), and C10J3/72 (Synthesis gas from hydrocarbons, other features). Among patents and patent applications the popularity of IPC subgroups C01B3/38 and C10J3/72 has grown considerably.

A complete version of the database “Synthesis gas” can be found at www.aenert.com